Four New Singles to Check Out : 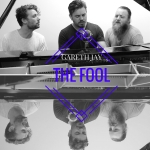 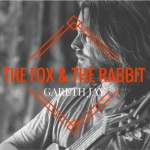 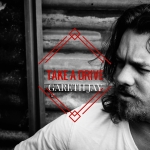 Gareth Jay is an Australian emerging acoustic Blues and Indie musician. Based in New South Wales, Hunter Valley but originally from Regional Bathurst, NSW, Gareth attributes his love for music to his family and growing up singing together.
Living in Sydney, NSW from 2009 he developed his original music through recording and performance. Finding himself most at home in Blues music, he takes influence and technique from Jazz, Classical, Pop, R&B and Indie music. In 2011 he moved into Looping which has allowed Gareth to progressively layer guitar melodies, and vocal harmonies to create complex and inspired compositions in his live performances. During this period, he would be found most nights of the week performing covers & originals in restaurants, pubs, and clubs across Sydney. Deriving his influences from some of the greats including Albert King, Elliott Smith, Donovan, Carol King, The Beatles, and Dr John. His original music falls in a spectrum of styles each with a true honesty ringing through the songs.
In November 2014 Gareth Jay was invited to perform for Balcony TV which he sang a heart-felt track “It’s not me, it’s you.”
2015 saw Gareth Jay take his music to another level; in February he independently released his self titled EP. The EP provides a delicate taste of Blues for those who crave it, and an introduction to Gareth himself.
2016 has seen his relocation to the Hunter Valley, NSW for a return to regional lifestyle, community music making and choice performance opportunities at festivals and local venues while he develops for release his catalogue of recorded music.